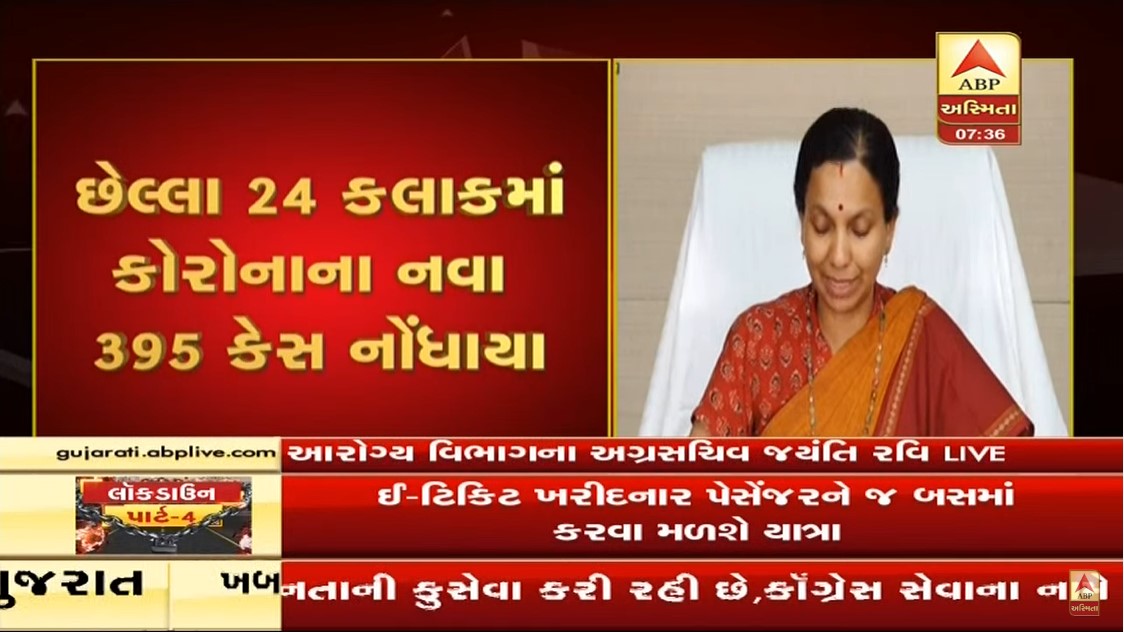 Ahmedabad. Yesterday, Chief Minister Rupani announced the new rules of Lockdown 4.0. Meanwhile, he said that shops, offices and businesses could be set up outside the containment zone in West Ahmedabad. But concessions will not be granted in the East. So from early morning today, people were seen in Ahmedabad, Surat, Rajkot, Vadodara. State Police Chief Shivanand Jai said the people were appealed to voluntarily abide by the rules and guidelines. Many concessions have been made in the lockdown as per the new guideline. But it is important for everyone to be vigilant to avoid transition when using a given exemption. Strict adherence to the new guideline has been stated. Legal action will be taken if these guidelines or restrictions imposed by the local body are taken into account. All services are closed from 7 pm to 7 am. The area in which concessions have been granted. There are prohibitions on holding malls, swimming pools, gyms and religious gatherings, and action will be taken if violated. As well as lockdown will be strictly enforced in the containment zone as before. 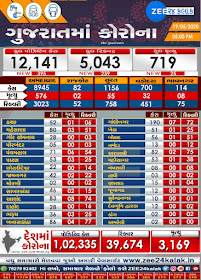 Industry managers to complete the shift by 6 pm: Secretary to the Chief Minister

Giving various details of Lockdown 4.0 in the state, Chief Minister's Secretary Ashwini Kumar said that Deputy Mamlatdar Dinesh Rawal in Ahmedabad has died due to corona. The Chief Minister has expressed grief over his death and announced assistance of Rs 25 lakh from the Chief Minister's Relief Fund to his family members. Hair salons, beauty parlors and spa operators are required to make appointments over the phone. Also, a pan or tea shop should not be crowded at the same time. We will be able to go further in the concessions that have been given if we adhere to social distance. Shops will be closed if social distance is not complied with. Concessions can be withdrawn if crowd scenes are seen every day.

The Chief Minister said that Korona is among us. Didn't go anywhere. As well as drug stores can be kept open 24 hours. Apart from this no one else has been spared. Those who are allowed to continue their business will have to complete the shift by 6 pm. So that the curfew imposed from 7 pm will not be violated.

The atmosphere is coming after the relaxation in the lockdown in North Gujarat
People in North Gujarat have started shopping after getting relief in lockdown. Markets in Mehsana, Visnagar, Patan are slowly opening up. People who have been under house arrest for the last three months are coming out as soon as the market opens. Markets in Patan city were open since morning. The auto garage was also throbbing. The Tirupati market complex remained open though. People were seen moving around the Bagwada gate in the heart of the city. However, the owner of Pan Parlor has decided to close Swayambhu today.

Central Gujarat is slowly getting on with life
Life is slowly getting back on track from Vadodara, Chhotaudepur, Panchmahal, Mahisagar, Anand and Kheda districts after the relaxation in lockdown. Markets have started in some areas. Crowds were seen in the markets at Panchmahal. There was also a lack of social distance in some places. In Vadodara, the ST bus service was not started and the passengers had to face hardships and hardships.
Shopping with social distance in some cities of South Gujarat

In some places in the state, markets are crowded, lack of social distance, crowds are seen in Panna Galla, on the other hand, shopping is being done in some cities of South Gujarat, including Surat, following social distance. Shopkeepers are also on the lookout for crowds.

Markets in Saurashtra throbbed
In all the districts of Saurashtra including Rajkot, Bhavnagar, Amreli, Dwarka, Junagadh, trade and business has resumed from today. The initiative has also increased on the road. Drivers are wearing masks. Traffic is being seen in the main markets of the city. In some areas, leaf shops are closed due to lack of stock.