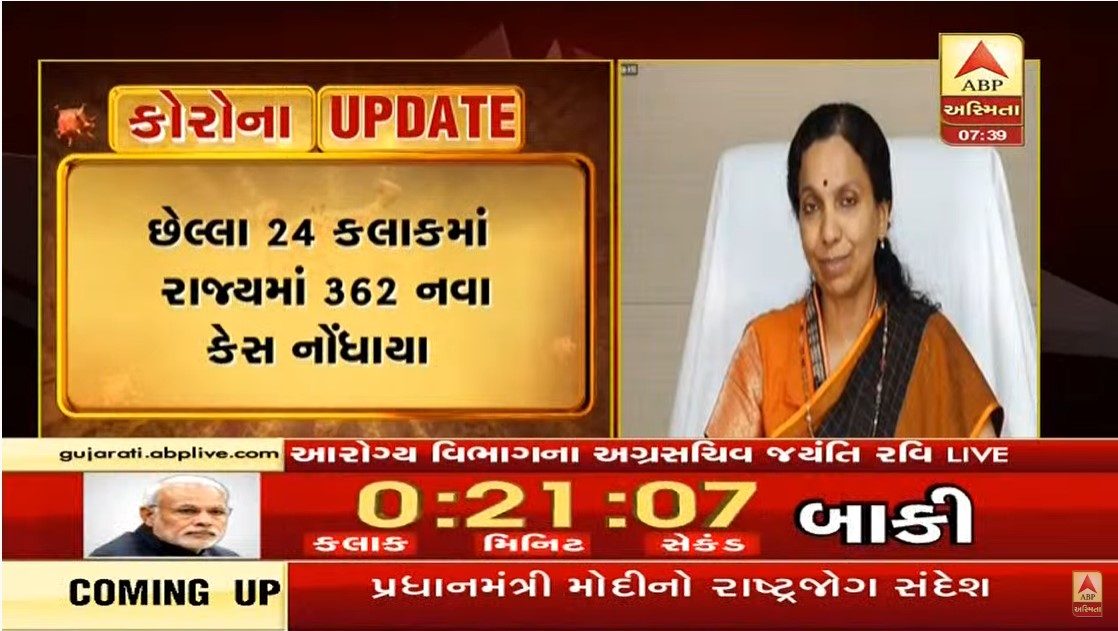 Gandhinagar. The total number of corona patients in the state has reached 8544 with two more positive cases from Bhavnagar. While the total mortality is 513. So far 2780 patients have been discharged in the state. A letter has been sent to the municipal corporation by the commissioner of the state's food and drug department, stating that the FSSI has made it clear that the corona virus is not transmitted through foodstuffs. As well as the consumption of food items such as cold drinks, ice cream, frozen food does not spread corona. Therefore, if such items are properly produced, stored, transported and sold, they should not be stopped without a reason.

Important events since the morning of May 12

Entrance to railway station will be given only on e-ticket, police instructed to follow rules: State Police Chief
The state police has said that some trains have been started by the railways. Tickets are booked online. So that people do not go to the railway station to get tickets. Admission to the railway station will be given only on online booking confirmed e-ticket. Incoming masks and sanitizers at the railway station must be used and social distance must be maintained. Police have been instructed to comply with this guideline.
Business will start in Rajkot from Thursday, District Collector will approve: Ashwini Kumar
Chief Minister's Secretary Ashwini Kumar has said that the business will be started in Rajkot from Thursday, May 14 with the approval of the District Collector. The state government has announced the resumption of business in the area other than the containment zone. Rajkot was already included in the Orange Zone. But the district administration was instructed not to start any business for a week. The government, which has not registered a new case in the last one week, has decided today that the industry will also be allowed to start in Rajkot city from Thursday, May 14. 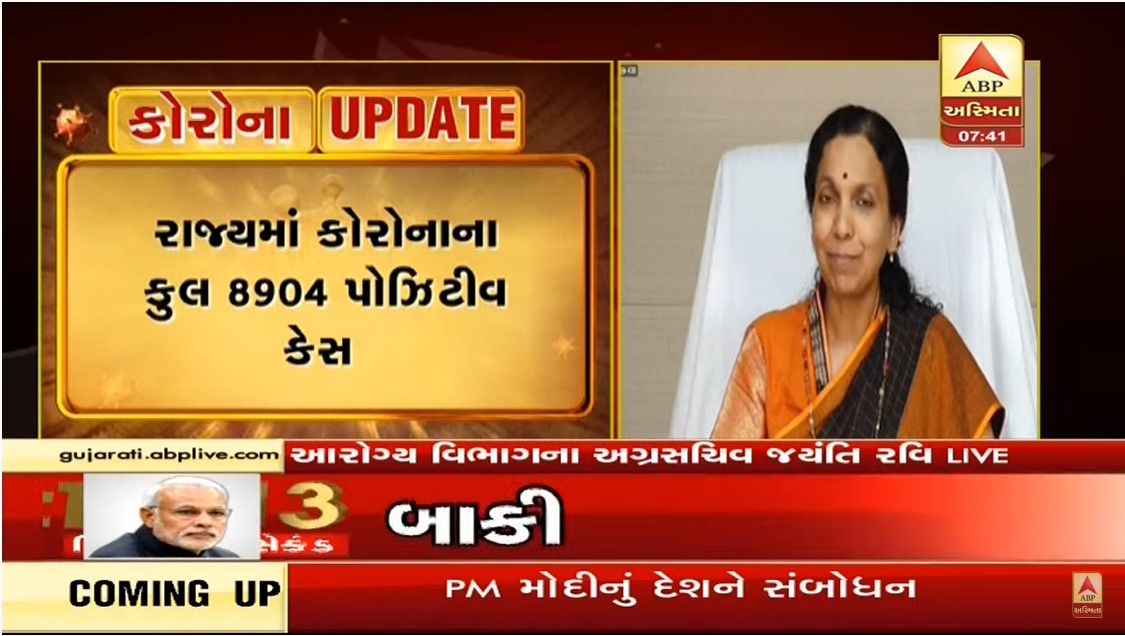 The Chief Minister discussed with top officials about opening a lockdown in Gujarat
Chief Minister Vijay Rupani called on all the district collectors, municipal commissioners, district police chiefs and range IGs of the state. Has also held a video conference meeting. Discussions have been held on how to get relief in case of lockdown after May 17 and how to take precautionary measures with a district-wise review of the situation. The conference was attended by Deputy Chief Minister Nitin Patel and Minister of State for Home Pradipsinh Jadeja.
139 students reached Ahmedabad from Manila
Special flights are being brought back to India by the Central Government to bring Indians stranded abroad. As a part of which 139 students from Gujarat who were trapped in Manila have been brought back. The students arrived at the Ahmedabad airport early this morning. Buses will depart from Gandhinagar ST depot for Sabarmati railway station today to send people from Bihar to their hometowns.
The Ahmedabad-Delhi train will start from today
Rail services will be started in phases by the Ministry of Railways, Government of India. Under these services, the first train from Ahmedabad-Sabarmati station to Delhi will leave today. State Police Chief Shivanand Jai has made it clear that only passengers with confirmed e-tickets will be allowed to enter the station. Not only that. Confirmed e-tickets will be valid for such passengers and the driver who will drop them off at the station. No other supporting documents will be required for this purpose.
As the case decreased, so did the testing
From the evening of May 10 to the evening of May 11, 347 new cases were reported in the state and 20 patients died, according to the updated details of the corona given by the front secretary of health Jayanti Ravi on the evening of May 11. As well as 235 patients recovered. It is noteworthy that as the case has decreased, so has the testing. 2,978 tests have been performed in the last 24 hours. At one time more than 5000 tests were being conducted in the state.
Sales of vegetables and groceries will start from May 15 in Ahmedabad
The sale of all necessities of life like vegetables, fruits, groceries etc. will start from the 15th of May in Ahmedabad. In addition, home delivery services for these items and ready meals will also be launched. While issuing new guidelines in this regard, Additional Chief Secretary of the State and senior officer currently in charge of reducing the transition of Corona in Ahmedabad, Dr. Rajiv Kumar Gupta has made cashless transactions mandatory for home delivery.