Home » Useful info for All » Alert: After Bengal, now it is the turn of West India, a hurricane will strike

Alert: After Bengal, now it is the turn of West India, a hurricane will strike

Gujarat is grappling with the Koro crisis. There is news that another crisis is looming over Gujaratis. The storm is likely to hit coastal districts of Saurashtra on June 3, according to weather forecasting website Windy. Which could affect 9 districts across Saurashtra and coastal cities in central-south Gujarat. 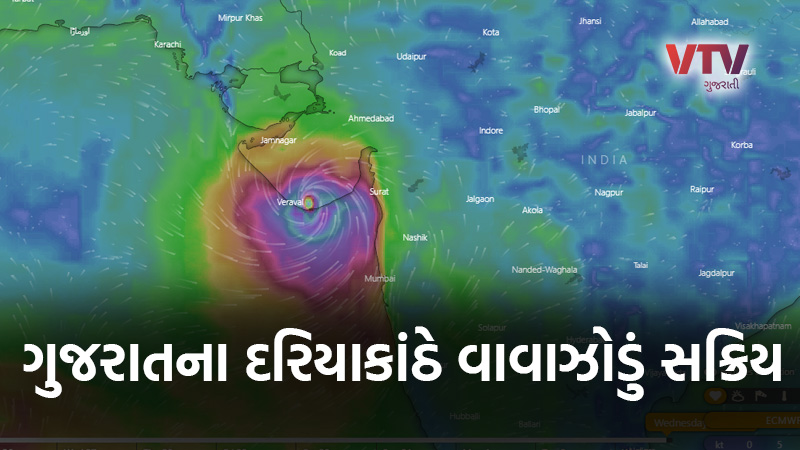 The hurricane can hit at a speed of about 110 kmIf there is a hurricane on 3rd June, it may be in Gir-Somanath district of Saurashtra. Gir-Somna will be the focal point of Gir-Gadha village of the district and Gir forest. With this, more impact can be seen in the surrounding Porbandar, Junagadh, Amreli, Rajkot and Bhavnagar districts. The speed of the hurricane is expected to be around 110 km / h.WATCH LlVE REPORT FROM WIND MAPअरब सागर से आने वाले इस तूफान में 1 से 3 जून के बीच राज्य में बारिश होने की संभावना है। जबकि सौराष्ट्र के कुछ जिलों में भारी बारिश के साथ हवाएँ चलने की उम्मीद है। 6 जून को राज्य में एक और तूफान आने की भी संभावना है। लक्षद्वीप के द्वीपों के पास तूफान बन रहा है। 31 मई से शुरू होकर यह बेंगलुरु-गोवा-महाराष्ट्र के तट से होते हुए गुजरात तक आएगा। कोई भी गिर सोमनाथ जिले में टकरा सकता था।The hurricane, which is coming from the Arabian Sea, is likely to bring rains to the state between June 1 and 3. While in some districts of Saurashtra, winds are expected to blow with heavy rains. There is also a possibility of another hurricane hitting the state on June 6.

The hurricane is forming near the islands of Lakshadweep. Starting from May 31, it will come to Gujarat via the coast of Bengaluru-Goa-Maharashtra. Any Gir could collide in Somnath district.

Alert: After Bengal, now it is the turn of West India, a hurricane will strike

Along with Ahmedabad Corona, India is also facing natural calamities. After Cyclone Amfa wreaked havoc in West Bengal, a new cyclone pattern is now forming in the Arabian Sea, which is feared to engulf West India.
"So far, there is no depression or cyclone in the Arabian Sea," said Skymet, a private meteorological agency. The current cyclone circulation in the southeastern Arabian Sea will create a low-pressure pressure, which could create a large pressure and go further and take the form of a large hurricane, although we will have to wait until then.

It will head northwest to Oman and reach the coast of Oman around May 31st. So around May 30, a hurricane is expected to form over the southeastern Arabian Sea. Which may move towards low pressure areas as well as intensify at low pressure and is expected to move along the coast of Gujarat by 3rd June. Heavy rains are expected along the east coast of the country, especially in Maharashtra and Gujarat, from early June.