Sajan re liath vote, Khuda ke paas jaana hai ', is such a song in the old Hindi film' Tisari Kasam '. At that time, it was only a matter of

going to God to punish him for lying. Secondly, do people speak the truth? They were encouraging to know. I should eat Many would even lie about eating something, that is, your bus. People used to give a variety of tips to make a true confession. Now the time has changed. Lying and doing wrong have made technology difficult. If you do anything wrong, the risk of getting caught is highest. CCTV cameras capture your presence. Your phone can track where you were and where you went. Technology has now reached the point that your lies can catch up to sixth of the clock. The latest news is, now that technology has come out, if a man is lying, his gestures will say, "This is a number one lie." 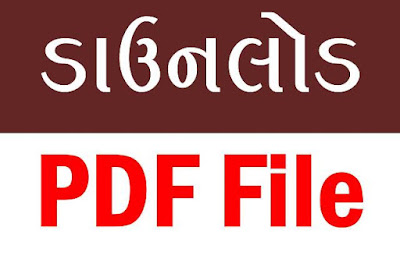 Facesoft, a UK startup company, has developed a technology using Artificial Intelligence to catch a man's liar. This technology will bring facial expressions to the fore with micro-expressions, which can reveal, is it true or false? You know, when we laugh, the rhythm of our laughter resonates with our eyes. Happiness, anger, resentment, and our other emotions make certain lines on the face. Now if a man is lying, his lips are different and the expression of his eyes is different. Over 30 million gestures have been uploaded to this technology. There are 80 points on each face that distinguish one face from another. Based on this, the numeric code is generated. Do not fall into the second detail and speak directly to the language, it can be said that the technology will expose the wrong child. We can think of everything from the negative side, talk of falsehood, but on the other hand, it can be said that the one who speaks the truth will be proved right. It is also not good that the truth-maker will get the technology.


Now this FaceSoft company will test this technology with the police in London and our Mumbai police. If this technology is successful, it will replace the polygraph test ie ly detector. Polygraphy test that is performed by injecting a chemical called sodium thiopental, ethanol or cannabis into the offender's body. This chemical is also called Truth Drugs. Polygraphy tests are performed in many rare cases. This is the new technology software base. Right now, even if this is just for the police and the criminals have to try it, technology experts predict that the technology will be available to the general public sooner or later. The point is, if you upload a video, it will tell if it is true or false. If you see such an app in your Play Store shortly there is nothing to be surprised about.


The biggest question is, what will happen to human relations if this happens? Whatever we say, it is a fact that many relationships are based on lies. It is not a matter of how a man can recover overnight. Thus, Onesti is in a relationship. Whatever lies you have to do if caught early or late. Technology never deletes your communication history completely. Sin shouted at the roof. As a cyber expert has said, if a man falls behind, he can know your transactions from here to there. Well, not everyone doubts us! However, with time and with the development of technology, the suspicion of each other has also increased. Thus, since the advent of mobile, it has also become a joke. The first jock was probably the same, the wife asked, "Where are you?" The husband said, drive the car. The wife said, eh? Just play the horn! If so