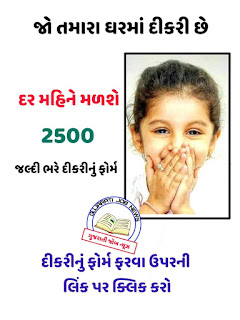 18 rupees petrol goes this way at 70 rupees, know-howNew Delhi: Corona virus is affecting businesses around the world. Crude oil prices are also steadily declining. Meanwhile, the Modi government has increased excise duty on diesel-petrol by Rs 3. With this increase, there is a fear among people that diesel and petrol prices will rise, but it is a relief that this will not happen. In fact, due to falling crude oil prices, diesel-petrol prices were also expected to fall, but the government has decided to increase excise duty and keep the profits in public treasury.Let us first understand what excise duty meansExcise duty is a type of tax that is levied on the production or sale of a product in India. The government generates revenue from this money and then works for the welfare of the society. Keep in mind that this is completely different from custom duty, which is imposed on goods coming from outside the country. Now, the government has increased excise duty on diesel-petrol by Rs 3, which means its earnings will increase by Rs 3 per liter of diesel-petrol.What is included in the price of diesel-petrol?If seen, crude oil prices have dropped drastically in the last few days. At the beginning of the year, crude oil was $ 67d per barrel, or R30.08 per liter. Now, by March 12, crude oil prices have risen to $ 38.7 per barrel, or $ 17.79 per liter. Diesel-petrol prices, however, have not come down. Let's know how the decision was made till the excise duty hike of Rs 3 per liter on diesel-petrol prices.The price of crude oil is Rs 17.79 per liter, diesel is 17.19, with oil companies charging 13.91, 17.55 respectively. In terms of excise duty plus road cess, the commission is 19.98 per liter petrol, 17.55 per diesel, 3.55 and 2.49 per liter of petrol pump respectively. VAT seems to be 14.91 on petrol, 9.23 on diesel thus total cost. Petrol is 70.14 per liter and diesel is 62.89.About half the price is taxThat is, if we only talk about tax, as per data till March 12, we were paying 34.89 (49.7%) tax per liter of petrol, which will now increase by Rs 3. At the same time, diesel costs Rs. A tax of 25.06 (39.8%) was levied and it would also increase by Rs.Until the fall in crude oil prices, diesel-petrol prices were not going down, as the oil companies were keeping all the benefits. Now the profitability of oil companies will decrease and the government treasury will increase by Rs 3 per liter. However, diesel-petrol prices for consumers will remain the same as they were in the past. Neither the consumers have been stressed nor the government has been relieved.PC: yimg.comIn the downturn, auto-sector has seen a sharp drop in the downturn. The implementation of BS-6 vehicles is set to begin next month. At that time two wheelers vehicle dealers still have a large stock of BS-4 vehicles. Dealers are currently being tested to clear this stock. The BS-4's old two-wheelers in the state have an average stock of 45 to 50 thousand vehicles. Even if a few of these vehicles are sold by the end of March, a large number of vehicles will fall. Whose total value exceeds Rs 100 crore. In the midst of such an environment, it seems clear that two-wheeler dealers are facing huge economic losses.This is the second year in the state that sales of two wheelers have seen a significant decline. During the year 2018-19, 14.75 lakh units were sold. In the first year 2017-18, about 17 lakh units were sold. Last year, it was estimated to be around 12.50 lakh units. The state-to-wheelers assocn said, "The economy's downturn and GST rate of 28 per cent as well as five-year insurance have led to the rise in consumer pockets." Thus, the purchase of two-wheeler vehicles has become expensive. The recession has also affected the showroom shutters of seven to eight dealers in the state. The lack of liquidity was directly affected by the sale of two wheelers. On the other hand, two wheelers have seen a direct increase of 15 to 17 per cent. Which has a direct impact on sales.Auto dealers have said that they will only accept registration of new vehicles by March 25 at the city's RTO. This kind of guideline has been revealed despite being an online portal. Registration of any BS-4 vehicles may not be done after 25th. Due to which the dealers are fluttering. Dealers are also questioning why they do not seek registration until March 31, even though RTO operations are done online. Currently, dealers have started giving big discounts on the purchase of two wheelers.Click Here To Video