Loyalty is the biggest question facing relationships today. The most 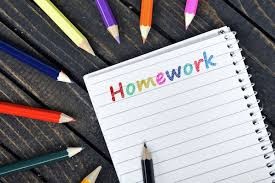 difficult thing is to measure or know who is loyal to whom. Where does loyalty stay the same forever? Loyalty fluctuates. Loyalty is changing. Just because I love you also means that I am loyal to you. Loyalty is linked to love. When a questionable mark is placed on loyalty, love enters the heart. When we say that there is no other than you in my life, we also wish that there should be no other than me in your life. Loyalty should be on both sides, as love should be on both sides. There is a big difference between loyalty and authority. We sometimes find ourselves in a trance of loyalty to sovereignty. We do not want loyalty, we want subjection. Are we afraid that our person will become someone else? We cannot tolerate it even if it speaks to someone more than we do!

This is a story of a young man. He has a girlfriend. There is so much love between the two. The young are also understanding. His girlfriend also has a good friendship with his cligs. Girlfriend does not hide anything from her boyfriend. Let's say all is right. The boyfriend also loves all his girlfriend's kliggs and friends. The young man once told his other friend, "Dude, we all understand that he has other friends, good relations with Cliggs, yet why does it hurt when he talks to someone?" Why is it that when he praises his club, he does not like it? His friend said, relationships only last with trust! Unbelief can never be predicted. He tells you that if he is committed to you, then believe in him! He lives nine hours a day with his clogs. Something has to happen. There will probably be good people in his cligs too. He knows about the good and the bad. If you lose faith, doubt will fade.


No one can break his loyalty. Anyone who wants to cheat can do so. This is very true of a spouse. A young man does his duty in the wife's office. The young man liked the girl very much. He also helps young people in office work. Once the girl jokingly asked, do I like you very much? The young man said, yes, because a girl like you is so little. I'm glad I have friends like you in my life. The wife talks to her husband about this friendship. Once upon a time, the wife had to go abroad for an office trip. The wife went to put her husband. The wife's friend got him. The husband told her that it is a good thing that you take care of this. Also be careful on the trip. After drinking at a party at night, it has a lot of impact. At that time, be more careful. But it happened. The girl got drunk more at a party abroad at night. His friend said, 'Enough. Let's go to your room. The girl also believed in a friend. She immediately went with him. The boy laid him on the bed, wrapped the sheet and walked to his room. It happened that the young man was going to put his friend in the room when his mobile did not fall and he kept it in his pocket. The mobile was left in the pocket. When he came to his room, he found out that his phone had stayed with me. If the friend is asleep, don't call her anymore. He slept, thinking he would give it in the morning.


Husband was worried because his wife did not get a call. At midnight he called on his wife's mobile. The ring wig means that the wife's friend has picked up the phone. He said all right, I put him in the room and the phone stayed with me. Husband asked, is that OK? Friend said yes. Husband replied, Well. Talk in the morning The trip is over. All came back. Husband arrived at the airport. On the way, the wife's friend asked, did you doubt? The young man said, "I trust my wife." He also trusts you as a good friend. Said the young man, thank you for your trust. This is the strength of the relationship between the two of you. I'm proud of both of you.