At a school, the teacher asked the students, "Who do you want to be?" Each student who wanted to advance in the field gave the 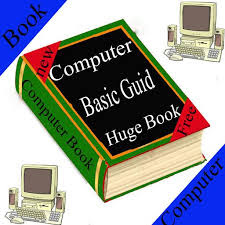 name of the recipient in that field. I have Sachin Tendulkar, Amitabh Bachchan, PT. To be like Usha or Narendra Modi. A student named Ronak stood up and said, "I want to be like me, like Ronk." There is nothing wrong with having an ideal or a role model in life, but in the end everyone has to be the same. Mahendra Singh Dhoni has never tried to be Sachin Tendulkar or Virat Kohli has never tried to play like Dhoni. Everyone has their own style of playing. It's not just about cricket, take on any area of ​​the world, people who have proved to be great have earned their name and fame with their unique identity and superb talent.

I am me. I can't be like anyone else. I can be like me It is becoming easier for those who have such understanding to set their own direction. The reason for such a talk is the recent incident. The 22-year-old Noah Liles of America competed for the first time at the World Championship. He won the gold medal by finishing the 200-meter run in 19.83 seconds. Lyles came in at number one in the first championship, so the media of the world went to Samarkand Bukhara Owerri. The media played the song saying that the world has found another Usain Bolt. Under normal circumstances a new player would be happy to be counted with a great player, but Lyles went a bit different. Liles publicly requested, please do not compare me to Usain Bolt. I'm Lyles. The decade of the bolt is over. Now is my time. I do not know if anyone has ever won a gold medal in the first World Championship, but I have done so. I don't care who did what, I know what I have to do.
Lyle's words may seem a bit too proud, some might even say, brother, you've just got a gold medal, you are behind the bolts. Whatever it is, Lyles is right instead. To be sure, Lyles may or may not have the respect for Usain Bolt, but instead, he knows that I have to become Lyles.
Set a goal, keep on doing great things no one has ever dreamed of, who knows how much and how hard it was to be a great person in that field, but to be the last to be your own. You create your ideals and your principles. When one of the top IAS exams went to a Youngsters seminar, he was asked, how many hours did you work? What was your way of reading and remembering? The IAS topper said, "I will tell you that, but first of all, I want to clarify to you that none of you follow my style, just follow your style." The reason is, I did not adopt any style. Worked my way up. Try to be as easy as you feel and have fun. If you are going to do like me, you may not be like me, but you will not be like you