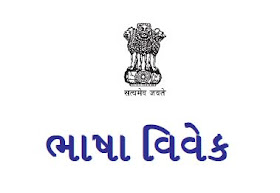 Birth:Vadhvan Father: Dahyabhai Trivadi Mother: Amaratba  Pita Vedapathi Karkandi Brahmin established as `Dahya Vedia '.  Vidyadhyana, Vedantras, Disciples etc. were learned by the Father.  After spending some time in Mosul, he got some astrology as well as Sanskrit education. At the age of eight, he had the privilege of seeing Shri Sahajanand Swami in Mosal Garhda. At the age of fourteen he received the initiation of Swaminarayan Dharma from Bhumanand Swami. From Swami Devanand he studied poetry, anthropology, rhetoric, etc. 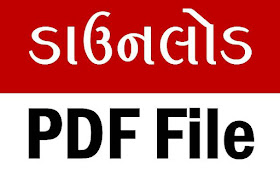 He also studied the excellent texts of Vajrabhasha and Sanskrit. Dalpataram was fond of writing poetry. They immediately made a riddle of the riddle known as 'Hadula'. # Dalpataram's Literary Creation: × Poetry: Epilogue Part 2-5 (3-5) × Phonology: palpitations (1) × Drama: False (1) × Lakshminatak (1-from Aristophanes' Greek work 'Plutes') × Essay: Caste (1) Posterior (1) Magazine: Wisdom (Editor) 3 Famous Works: - Papa Piper - Sampalakshmi - Hunnarkhan's ascent - ForbesVirah - Photograph * The friend created in ForbesVirah 2 is a poem designed to commemorate Forbes' untimely death. It can be called the first elegy of Gujarati language.
Narmada Shankar Lal Shankar Dave 'Narmad' Birth: 1 Death: 1 Birthplace: Surat Narmad was born in the 6th house to a Nagar Brahmin known as Lal Shankar 'Lahia'. Lalashankar Dave's characters were beautiful, curved, so doing a clean copy of the texts, they did the job.  She was married at an early age according to the customs of that time. Narmada had to quit higher studies due to adverse family circumstances when she was in Mumbai in her first year of college. He came to Surat and accepted a job as a Mehtaji at a school in the nearby village of Rander.  His wife died shortly after his wife died.  Languages, math, history were topics of interest. Ravivar resided in Mumbai and started world-reforming activities. He spoke with friends in Mumbai at the 'Other Benefits Meeting' at the 'Other Intellectual Meeting'.
'Benefits From Meeting the Congregation' is Narmad's first prose text.  Ambitious and flirtatious Narmad had a 'slavery' job in Mumbai. ThiruNarmad read Dhir Bhagat's medal. Inspired by this, he created the same type of buses. Narmada, tired of the  teacher's profession, vowed to one day quit her job, leaving her job for teaching and literature, among many churning.  He was called the 'Army of the Reformation', he made many new departures in the field of reform and especially in the field of literature. Narmada's Literary Creation:  Plays: - Krishna Kumari - Ramadan vision - Draupidation - Sitharan - Balakrishna Vijay