Gujarat government has taken a very big and important decision this afternoon on the issue of non-secretarial clerk examination. In which the standard 12 qualification has been kept unchanged. While graduation is also valid. The announcement was made by Deputy Chief Minister Nitin Patel, who said that the examination of non-secretarial clerk had been canceled recently but now the canceled exam will be held again on November 17. Due to this announcement by Nitin Patel, there has been a cloud of horror among standard 12 pass youth. It may be noted here that the non-secretarial clerk examination was to be taken on 20th October as per the previous announcement but recently following the instruction of the General Administration Department, the Gujarat Secondary Council issued a notification to cancel the entire examination and made it clear that graduation has now taken place instead of the standard 12 pass. Candidates who have appeared will be able to take this exam and advertisement for it is out later Will adavamam. 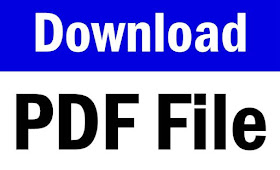 On the other hand, following the government's decision, there was a huge outcry among the nearly one and a half million candidates and their families who were preparing to take the exam, so much so that the candidates were introduced till Gandhinagar. Not only was the government surrounded by the ABVP, which is considered a BJP-based organization, some BJP MLAs and leaders of the organization's region also made serious representations to the government to change their decision.
Deputy Chief Minister Nitin Patel said in a conversation with the media this afternoon that a serious discussion on the issue was discussed with Chief Minister Vijay Rupani and other senior ministers and IAS officials. Moreover, the decision to cancel the recruitment of non-secretarial clerk in view of the people's appearance and difficulty has been rejected. That is, the canceled exams will now be held on November 17th. The non-secretarial clerk held below the qualification of standard 12 at more than 3000 centers of Gujarat will be taken from the exam which does not require the candidate to fill any new forms. Forms that have been previously filled out and those which were previously filled out will be forwarded. Notification for cancellation of the exam has been released. It has also been postponed for the present time.