Home » Useful info for All » HOW TO APPLY ONLINE DRIVING LICENCE

HOW TO APPLY ONLINE DRIVING LICENCE

HOW TO APPLY ONLINE DRIVING LICENCE 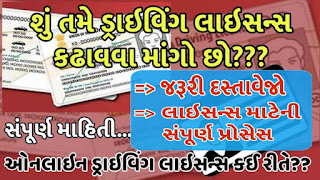 Due to the new Motor Vehicle Act implemented in the country, the general public is facing difficulties.
New traffic laws are being complied with all over the country. Now when driving, negligence can be extreme. A new Motor Vehicle Act has already been implemented across the country.
Following the new traffic rules implemented in the country, it is not possible for the common man to break traffic rules and drive. Driving licenses are very important to drive today.
But even today the common man believes that obtaining a driving license is very difficult. But it really is not. After the implementation of innovative technology in the administrative system of the country, most of the administrative work has been done online.
Therefore, we can also get a license online and for that we do not have to pay any extra money or even have an agent to work.
Getting an online license is very easy and saves the time and money of ordinary people.
Here we will learn how to get an online license and how to process it.

3)A fine of Rs 1000 instead of 100 for wearing a helmet and a license suspended for three months.

4)2000 fines or 3 months license suspended instead of 100 for placing more than two persons on a two wheeler.