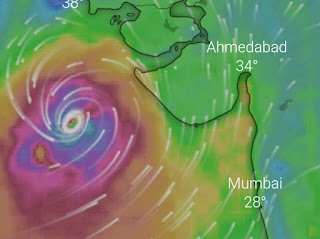 Schools and colleges in the district of Rajkot have canceled classes on Thursday, according to India Today. The government is deploying 10 teams of personnel from the National Disaster Response Force to Saurashtra and Kutch.