Teachers are great sources of knowledge, prosperity, and enlightenment to which anyone can be benefited for a whole life. They serve as the real light in everyone’s life as they help students to make their ways in life. They are the God gifted people in everyone’s life who lead us towards success without any selfishness. Really, we can call them as builders of the dazzling future of our nation through education.

Teacher plays a very essential role in the field of education who teaches students very nicely to be a person of good moral and behavior. They make students academically superb and always encourage to do better in life. They equip students with lots of knowledge, skills and positive attitudes so that students can never feel lost and go ahead. They help students to get sure about their goals of education through clear vision and ideas. Without teachers in the life one cannot grow mentally, socially and intellectually. 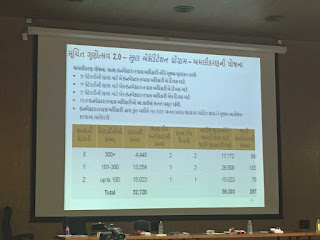 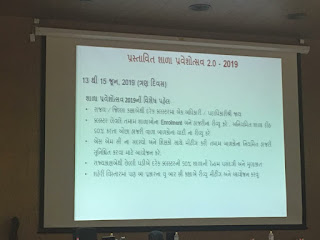 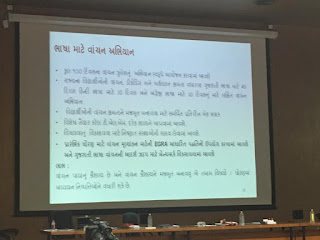 AHMEDABAD: The state government has claimed that there has been a 58% increase in the number of schools getting between 8.8 and 10 marks in its Gunotsav VIII grading exercise. The government claimed that of the 34,227 schools surveyed for Gunotsav-VIII in July, 3,209 got a grade of 'A+', meaning their scores were higher than 8.8.

Similarly, the government claims that more schools got between 7.5 and 8.7 marks and that the number of schools with an 'A' grade increased by 27%. While releasing the findings, Bhupendrasinh Chudasama, the education minister, said 22,436 schools got an 'A' grade in Gunotsav VIII, while the number was 17,653 last year.