Home » Useful info for All » Fraud has also increased in digital India.

Fraud has also increased in digital India.
So special care should be taken while conducting online transactions.  Now talking about a farmer in Nashik, it was so hard to recharge the phone on 'Google Pay' that Rs.  91 thousand rupees disappeared from his bank account on the 100 recharge.  A small mistake of a farmer has lost his entire year's earnings.  The farmer mistakenly downloaded his desk application, which left his bank account empty.  The Reserve Bank of India has also introduced guidelines about this. 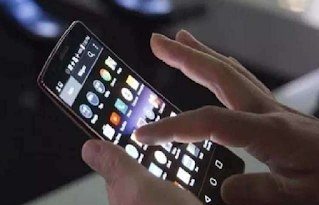 In fact, a farmer from Nashik, Ravi Bhandur, recharged his phone from Google Pay, but after trying again, when his phone was not recharged, he searched the Google search number of Google Pay.  Ravi Bhandur from Customer Care was advised to download AneDesk App.  The farmer downloaded the Annex App to the request of the server and said, as soon as getting the direction, but in a few minutes the money started to flow out of his bank account and gradually disappeared 91 thousand rupees.
RBI has directed the banks to make them aware of fraud by its desk app.  Because, most people are transferring only from online transactions.  It is inevitable to save people from this fraud.

According to RBI, advice on downloading this app is provided by the social media platform.  As soon as the app downloads, you get a 9-digit code.  The frauders then will take that code from you.  Then you will be asked for a permit from that app.  As soon as you unpack it, your phone's remote access hacker will be found.  Then he will get rid of money from your account using the pre-existing banking app.

Let us note that this alert of RBI is applicable not only for the UPI but also on other payment apps.
By news18
ClickHere for more information