Home » Useful info for All » New PAN Card Rules to Come Into Force From December 5: Check Here All You Need to Know

New PAN Card Rules to Come Into Force From December 5: Check Here All You Need to Know

New Delhi: Income tax rules have been amended by the Central Board of Direct Taxes (CBDT) and are likely to come into force December 5 onwards. CBDT said in a statement, “In exercise of the powers conferred by section 139A read with section 295 of the Income-tax Act, 1961 (43 of 1961), the Central Board of Direct Taxes hereby makes the following rules further to amend the Income-tax Rules, 1962.”

The statement further added, “These rules may be called the Income-tax (Twelfth Amendment) Rules, 2018.” 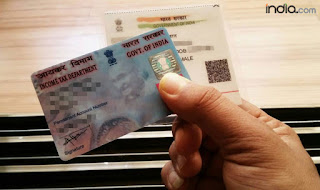 It must be noted that the PAN card will be needed for transactions over Rs 2 Lakh, including a host of other activities such as opening a bank account etc.

As per the notification, all those who make transactions worth Rs 2.5 Lakh/year will have to apply for a pan card, for which the application needs to be filed by May 31 of the assessment year for which such income is assessable.

The resident will need to obtain PAN even if their total sales/turnover/gross receipts are not likley to go over Rs 5 Lakh in a financial year. This amendment will help the income tax department to prevent tax evasion and track financial transaction.


Furthermore, quoting father’s name for the pan applications would not be mandatory in cases where the mother of the applicant is a single parent. According to a previous rule, furnishing father’s name is necessary to avail Permanent Account Number (PAN).
Click Here to Useful info for All